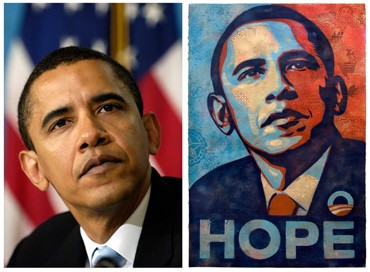 The AP (Associated Press) is now saying they’re not happy about their image being the inspiration for the uber-famous Obama poster by Shepard Fairey and they want Fairey to show them the money. Fairey has acknowledged that the illustration was based on Manny Garcia’s 2006 photograph.

Sorry, AP you’re just trying to cash in on what’s become one of the most popular American icons. It’s funny they waited this long to do so. It just more evidence pointing to their wishful greed.

AP can suck it!