It’s time to tweak your Fourth of July plans, for Waldo will be wandering downtown Chicago this Sunday afternoon! That’s right. Get the chance to meet Waldo from the famed “Where’s Waldo” book series.

“Where? How?” You might ask. Ah, you’ll have to find him. It’s a “Where’s Waldo” book come to life and you’ll be part of the scene! This time Waldo will be between the boundaries of Lake St, Michigan Av., Jackson Blvd and Lake Shore Dr. I think it’d be super cool to be in one of the buildings on Michigan Ave and take a panoramic and/or wide angle photo of the entire scene with Waldo in the photo.

The red area in the map below shows where Waldo and his counterparts, Wenda, Wizard Whitebeard, Odlaw, and Woof will be walking. The blue area shows the location of the Taste of Chicago. So it is quite possible that Waldo and friends could be making an appearance at the Taste. I suggest that if you find Waldo that you offer him a BBQ turkey leg from the Taste. I know for a fact that he will accept a Taste of Chicago food gift. How do I know this? I just so happen to work with Waldo and I asked him that very question and he is always VERY welcome to free food. He is my cubicle neighbor at my work. In fact, I took the publicity photos for this event (shown above).

Oh yea, the first 15 people to find Waldo and his four friends will win a screen-printed poster. Those posters were designed and printed by Waldo himself. I lent him the 500 watt light needed to make the silkscreen. The first person to find the crew of five will get a special, cool prize.

Visit the official Where’s Waldo in the Windy City website and the blog.

This event is also being sponsored by Classic Media Distribution Ltd. Those are the folks that own the rights to Where’s Waldo. They supplied my co-worker with the official Waldo costume. 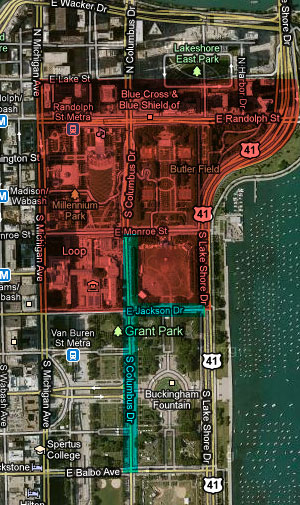 You work with Waldo?! Do people every ask, “where’s waldo?” And then you say, “he’s out to lunch”?

I wonder how many people walked passed this guy not knowing about the contest and whispered to their friends ‘they dude looks like Waldo’. I have been out and about and seen people looking like Elvis or other famous people either intentionally or not, but I never approached them to not hurt their feelings if they did not intend it. Same here, I would not have told they guy he is Waldo if I did not know about the contest.

A friend I was hanging out with on July 4th said that he ran into Waldo and got his picture taken with him. And when i heard this story, i told him about your blag post.