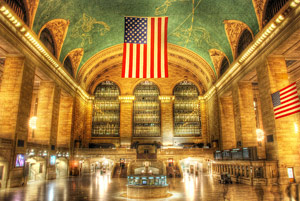 Call me stupid for never thinking of this before, but I just made the connection that the stars on the U.S. Flag look like actual stars in the sky when the U.S. Flag is show waving in the wind or when it’s displayed in a location where you have to look up to see it. This idea dawned on me when I was looking at my brother’s flickr page.

Though it’s ironic that the U.S. flag officially should never be on display at night. The stars on the flag never really get to see their buddy stars in the sky at night (unless there’s a light shining on the flag, then it’s officially ok to have the flag up at night.)