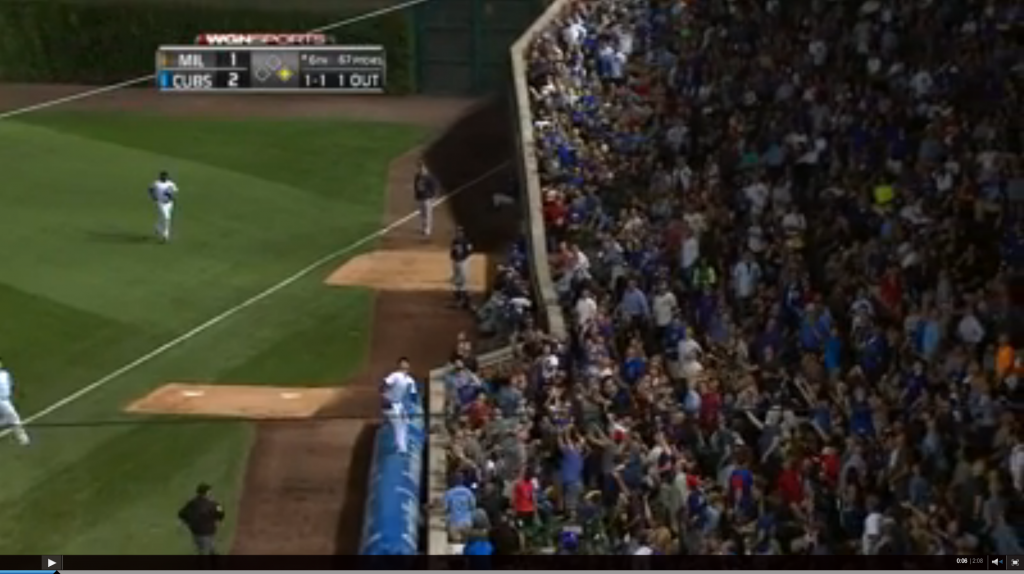 Jumps atop the tarp, which by the way, is wrapped around a ROUND cylinder.

Instinctively steps atop the brick wall (without looking down).

Reaches over amid the raised hands of fans.

He JUMPS, not steps, but JUMPS and somehow lands on the TOP of a grandstand seat WITHOUT LOOKING DOWN.

And by the way he catches the ball while he’s midair in the jump.

His momentum carries him off the top of the grandstand seat.

He twists and fires the ball back to the field, then steps down off the seat top.

He never actually fell over. It all was carefully balanced.

He calmly exited the stands as if nothing happened.

That’s the greatest fielding play of all time, folks.

Forget about the whole staying focused and catching the ball during the circus act. Just try jumping atop a tarp. Then the rest of the time look up at the sky. Go from the tarp to the top of a wall (without looking down). Jump from the wall to the top of a seat (without looking down). Twist your body while your on top of the seat and gracefully step down so your body is facing the opposite direction from how you entered. Okay, now try to catch a baseball in the middle of all that and throw it back to the field, and fill all the seats with people reaching the same baseball. GREATEST. PLAY. OF. ALL. TIME.