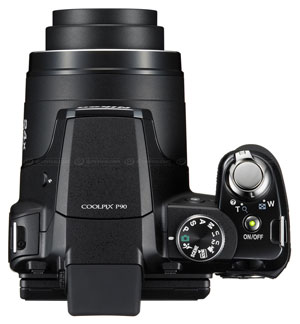 The other day I was complaining about Nikon’s digital SLR lineup. I’ve been so disillusioned that I’ve even considered going to the Four Thirds format. Though I’m not sure how incredibly fantastic a semi-compact SLR would be for me. Sure it’d be idea on vacations, but big vacation plans aren’t really in my future. Besides, pushing around a stroller for the foreseeable future allows me to simply go full hog SLR. Just throw the SLR bag on top of everything else in the stroller.

I bought the Nikon Coolpix 8800 back in 2005. 10 megapixels 10x zoom (300 mm). It was perfect for our trips to London and San Diege before our daughter came along. I could sneak it into a small bag and no one knew I was a tourist. In fact, I had two people ask me for directions in London because they thought I was a local. I like that.

However, I dropped my 8800 reaching for a batting practice ball at Petco Park (in San Diego) and it hasn’t been the same since. A few months ago I received the dreaded “Lens Error” which is the kiss of death for the 8800. So I kinda miss that camera now. It was fun bringing it to Wrigley Field and Brookfield Zoo. Taking photos at those two locations with a “300 mm” lens was one of my favorite pastimes. And now I could continue that hobby with a “624 mm” lens? bahama mamma.

I understand the allure of a huge zoom, but what good is that if the image quality isn’t great. You know you’re going to get a high qulity image from an SLR camera.

I don’t want you to have buyers remorse after getting this P90, and realizing it’s not delivering the features and quality that you wanted. Then you will just want to go get the SLR anyway in which case you will have wasted your money.

I could be wrong but just by looking at that photo of the P90, it doesn’t look that small. And certainly not much smaller than some of the more compact DSLR’s. I know those particular DSLR’s don’t have the features you want, but that’s a tradeoff. Size vs. features…

I sometimes get envious of those huge SLR’s out there with the big pieces of glass. They just look so nice and professional. Then it occurs to me that the owner has to lug that thing around everywhere and I feel better about the size of my camera.