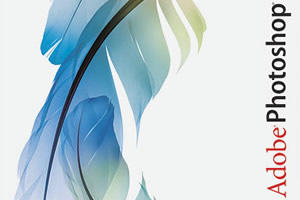 Thinksecret.com has done it again. They have some hot, new insight into what’s going to be new in the next release of Adobe Photoshop. Now this is all rumors. It’s not confirmed by Adobe.

These are the top 3 photoshop cs3 features you can mention to your co-workers to look cool: optimized for Intel chips, editable filters, and better palettes.

Here’s my breakdown of ThinkSecret’s report:

4- Filters supposedly run faster because they tap the GPU of the video card in addition to using the CPU.

5- palettes can be customized “down to a single icon” like AfterEffects. I don’t get this. I’ll have to see it. Along with palette customization, the toolbox can be changed to be one column instead of two.

7- Device Library: preview support for numerous phones and smart devices so you can see how your image will look on these devices. Sounds like fun.

8- Photoshop CS3 will get along better with other apps.
8A- You can bring in 3d models and even tweak their textures. I’m not sure what 3d application Photoshop will jive with.
8B- Film strips can be saved as psd files and are compatible with Premiere and AfterEffects

10- better Save for Web functionality. no details on that.

Adobe has mentioned that they are looking to release Photoshop CS3 in the second quarter of 2007. That means it could be as late as June 2007, but it could be March or April 2007.