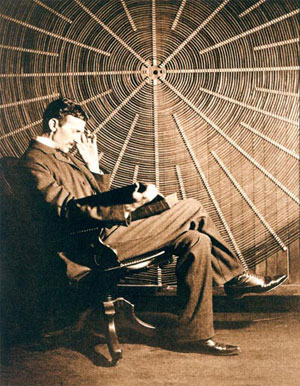 “If Edison had a needle to find in a haystack, he would proceed at once with the diligence of the bee to examine straw after straw until he found the object of his search
I was a sorry witness of such doings, knowing that a little theory and calculation would have saved him ninety per cent of his labor.”
Nikola Tesla
New York Times
October 19, 1931

According to wired.com/geekdad, Tesla “laid the groundwork for many modern branches of science and technology, including robotics, ballistics, remote control, radar, nuclear physics, and and theoretical physics. He was also obsessed with pigeons.”

If you think the image accompanying this post is slick, then check out this one.