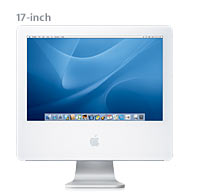 The last time I bought a computer for myself was in February 2000. That’s almost five years ago. I like to say that I am the very first owner of a Powerbook with Firewire. Back in late 1999, I was dying to buy my own Powerbook but there were many rumors that Apple would be announcing a new Powerbook. So I eagerly waited and monitored all the rumor sites. I listened to the webcast of Steve Jobs’ keynote at MacWorld Toyko 2000. As soon as his lips uttered “new Powerbook”, I hit the final digit of Apple’s phone number and placed an order. It was a 400 MHz Powerbook G3 with 256 MB RAM, 6 GB hard drive and a CD/DVD-ROM drive aka Pismo. It has a sexy black casing which i like much more than the current titanium style. I later added 512 MB for a total of 768 which was quite costly back in early 2000.

This Powerbook has served me quite well. However, I desperately need to get on OS X. I am still running OS 9. There’s no way I can expect to run Jaguar on a 6 GB 400MHz G3. I contemplated upgrading the processor to a G4 500 for $230 and getting a bigger drive (60 GB, 5400 RPM) for $100. So for about $350 I could upgrade, but to what? 500 MHz G4? That’s old news. I wanted G5, baby! G4 is so 1999. So that rules out the current line of Powerbooks and iBooks. Say No to G4! The Power Mac G5s are too expensive. And they’re big. Have you seen them? Monsterous. I don’t have a ton of space, plus I don’t like the idea of my computer being rooted in one spot permanently. I like to roam around with my computer every now and then.

So I began my search for a G5. This was before the G5 iMacs were introduced. Word on a Powerbook G5 was not good. Putting a G5 in a powerbook is a risky thing. I do not want to be a owner of a first generation powerbook G5. There’s too much risk. The G5 is an extremely hot (temperature-wise) processor. One test shows the G5 getting up to 189 degrees. I woulda had to wait for a second generation G5 powerbook to come out and who knows when that would be. It could be late 2005. I ain’t waiting that long.

All year long there was speculation that the G5 iMac would come out. That finally happened back in September. I didn’t want to jump on an iMac G5 right away due to my concerns about putting a G5 in a small space. So, I’ve been checking out Macintouch.com’s iMac G5 section. It’s a nice user post for issues with their iMacs. Macintouch weeds out all the stupid crap. They only include posts with actual issues with the iMac. So far, the only real issues has been some problems with the screen and certain CDs getting stuck. Screen issues are understandable. It is LCD after all and you can’t expect 100% of the screens being shipped to be ok. And the CD problem is annoying, but nothing really serious. It seems the sensor in the slot drive has a hard time ejecting black CDs. That kinda sucks, but all you have to do is place the imac face down and eject. That’s fine. Whatever. And CDs with thicker labels can get stuck. That’s a problem with ALL slot-loading drives.

The G5 iMacs have been on the streets for a couple months now, so I was ready to make my purchase. For the past month, I have been keeping an eye on macprices.com. They are the best site to get good deals on new Apple products. Very easy to use. I used to do I.T. stuff at my work and one of the most common questions I would get from users is, “i thinking about buying a Mac. Where can I get a good deal?” I would always refer them to macprices.com. It’s easy to navigate and it has tons of info. Great, great site.

Amazon.com had the best offer for my iMac spending dollars. $100 mail-in rebate. I didn’t have to pay taxes either which saves another $100. But then there’s shipping. I could have paid $26 for 3-5 biz day delivery, but i opted to pay an extra $20 for the 2-3 biz day delivery. It probably makes no difference, but with my weird sense of paranoia, I was thinking that there was less chance of something stupid happening to my precious iMac if i was on the shipping block for 1-2 days less time. If I was really paranoid, I woulda bought my iMac at my local Apple store which is 5 mintues away. That would have added $100 in taxes. And there’s no $100 mail-in reabate with the Apple Store. So Amazon saved me $150 vs. the Apple Store. Other places offered cheap a55 printers as part of the deal. I don’t like cheap a55 printers. Every cheap a55 printer (sub $100) has fallen apart on me. No thanks. I’ll take my $150 in savings and spend it on something worth while.

I almost forget. Which iMac did I buy? I went middle ground. The other question that people ask me when buying a Mac is which model version to get. Apple usually offers three different options for each model. I always say the middle model is the best buy. The top of the line usually involves exploitive costs. The entry-level could be ok, but I feel like buying entry level is like buying old technology. I don’t feel like I’m getting my money’s worth with entry level. So mid-level is the best place to be.

The low-end iMac is $1300. It’s a 17″ 1.6GHz G5 with combo drive. Combo drive? It’s 2004. I want a dvd-burner! I could have bought the 1.6er and bought an external dvd burner for a couple hundred bucks. The 1.6er is $200 less than the mid-range iMac. I’d rather have my dvd burner built into the computer. I don’t want peripherals taking up too much space. Plus, I’ve heard some bad things about the 1.6GHz G5 chips. Those two factors were enough for me to completely forget the entry-level model.

Now, if you’re a Mac fan you’re saying that Apple only allows mirroring on the iMac and my plan is mute. (“Mirroring” is when you have a monitor exactly duplicate what’s on another monitor. It doesn’t extend your real estate. It just “mirrors” it.) HOLD THE PHONE, MISS POTATO PANTS! There’s a fix to the OS (or maybe it’s the firmware) that allows for extended desktop on iMac G5 computers. I believe Apple did not want to officially allow extended desktop usage for the iMac because it would pull away graphics professionals, like me, from buying a Power Mac G5 to getting an iMac. They still need to sell Power Macs after all. But savvy iMac users will use this extended desktop feature to extend their monitor real estate.

So, the iMac G5 has everything I’m looking for. It has the G5 power so I can do my graphic design. The powerbooks and ibooks don’t have the power. The Power Macs have the juice but are too expensive.

It has semi-portability so I can work in the studio, living room, or basement. I plan on building a simple platform so i can place the iMac, keyboard, and mouse on my lap. The Power Macs are stationary. You can’t move them from room to room and they are honkin’ huge. You’re paying alot of extra money to have the extreme portability of the ibook and powerbook. In the 5 years I’ve had my powerbook G3 pismo, I only took it to my wife’s townhouse. We’re married now, so I don’t have to the need to take it in the car somewhere. Even so, I COULD take it on the road. It’s only 2″ thick. There’s a way to get the stand off. So in the rare cases I travel with my iMac, I would take the stand off and put it in a customized case for travel. I bet Willow Design will come out with case soon. Though I could just build my own.

It has a super nice LCD screen. LCD is much better for your eyes than the old-boob-tube CRTs. Very nice health benefit.

Having a built-in monitor also saves on desk space. My studio is very small. It’s about 10 feet by 5 feet. I may contemplate buying the Bluetooth chip for $50 later. I don’t know. Then I’d have to buy the wireless keyboard and mouse. Amazon didn’t offer a Bluetooth-enabled iMac. I’m thinking it’s a minor luxury I can live without.

Plus, I’m buying a piece of computing history. The history of the iMac is unlike anything in the history of technology. (nice data chart of G3 iMac here) Each of the three models of iMacs (the G3 all-in-one wonder, the friendly G4 sunflower, and the slick, portable G5 brother to the iPod) pushes the edge of computing and does so in a stylistically superior manner.

I don’t think apple is thinking people will use the imac as a portable computer. Apple is prolly thinking of it as a sexy computer that doesn’t take up much space on your desk.

did you get it yet?

i think you will definitely use the DVD-burner, it’s worth the extra money. that’s a good point about the 20″ as hampering the portability for you.

i have seen his imac. it’s very nice.

Hey man, a black CD was stuck in my mac for about half an hour and I was shitting myself for lack of AppleCare, but then I called my brother and he googled “DVDs Getting Stuck in iMac” and we came upon this page, thankyou so much for telling us about the black CD problem, we could get it to eject when we laid the iMac face down but my brother turned off a light and poked some paper in and a load of other things until and the iMac spat out the CD at about mk4 past the speed… Read more »

I am very, very unhappy with my imac. It’s a piece of junk. After about 3 minutes of use, the fans kick in full steam and sound like a freakin’ jet engine. It drives me nuts. I do all my email and interent surfing on my good ol’ reliable powerbook pismo.

Did you ever make the portable platform for the iMac? You were gonna carry it all over your house, from the 2nd floor to the basement!

So the fans sound super loud, so what. What about in summer and you have fans on around you?