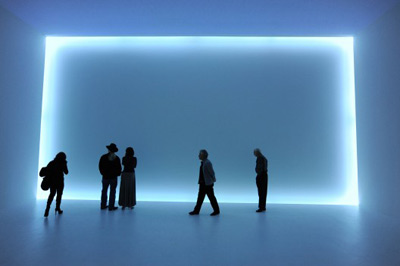 Here’s an interesting wall that’s trying to be something else, but also proudly embracing its wallness at the same time. Quite postmodern, yet not postmodern, which really makes it incredibly postmodern. You don’t see walls lit this way. It pulls you in, but also jumps out at you, but it’s loyal to itself because the light strongly defines the dimensions of itself.

It was shown at the Museum of Contemporary Art San Diego in La Jolla, California.