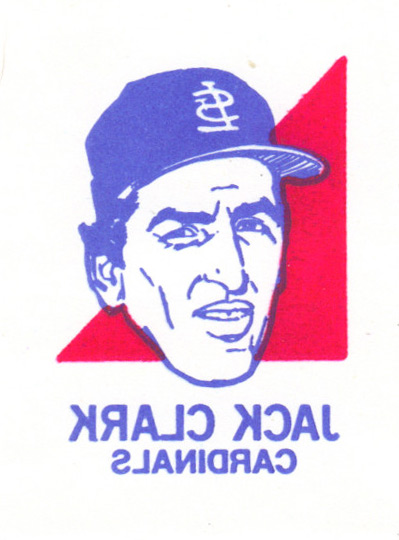 Why am I posting an image of the 1986 Topps tattoo featuring Jack Clark of the St. Louis Cardinals?

– “Jack Clark” is such a simple name that seeing it backwards has a nice graphic look to it especially seeing the backwards “K” start each name.

– It’s a nice illustration. It actually looks like Jack Clark.

– Most of all I like this image because of his expression. He’s not so much angry, but more guarded and inquisitive.