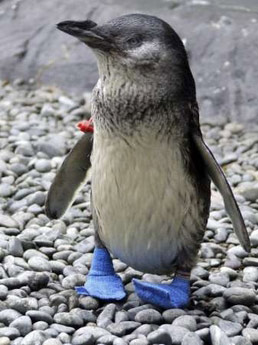 If the Antarctic Centre’s Penguin Encounter is supposed to simulate the actual atmosphere penguins live in, why not just get rid of the river rocks and give the poor li’l guys some snow!

Probably costs too much to maintain the snow and ice. The energy costs and the added labor costs are likely prohibitive.

Even a flat surface as opposed to the river rock would be preferable I think though. That shouldn’t be expensive.

The movie Happy Feet could have a sequel called Sore Feet.

How did they know the penguin’s feet were sore?