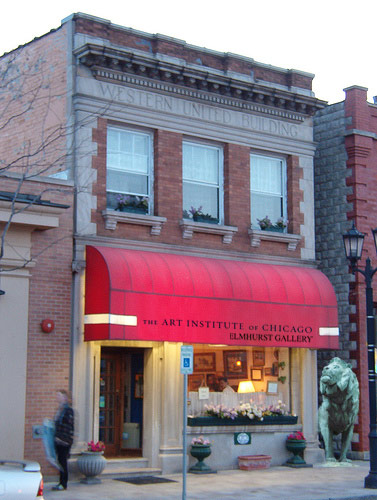 The American Planning Association (APA) recently announced their Top 10 Streets of America. North Michigan Avenue is on the list. It got me thinking about the Museum of Contemporary Art Chicago. They are located about two blocks east of Michigan Avenue on Chicago Avenue. (A mere two blocks from The Water Tower.) I bet very few tourists who flock to Michigan Avenue know it’s there (especially because of its sleepy boxy exterior.)

The MCA should have purchased the gallery space once occupied by the Terra Museum of Art. A couple years ago, The Terra moved out of the Michigan Avenue location, which is in the heart of Michigan Avenue shopping. It would have been a great satellite gallery for the MCA. Not only is it a great cultural experience to pop into the gallery and take in a few pieces of art, but it’s tremendous publicity for the MCA.

In fact, all musuems should have satellite locations. Imagine… to get a taste of the Field Museum, you don’t have to travel all the way to 1400 S Lake Shore Drive. There should be a small satellite gallery on Michigan Avenue. Or imagine the Art Institute of Chicago having a satellite gallery in downtown Elmhurst, Illinois. It would rock the socks! I don’t mean to discount the rich and extensive experience to be had at all the great museums in Chicago, but visiting such institutions often requires a solid chunk of your day which often needs to be planned out and set aside resulting in dramatically infrequent visits.

A satellite location would allow people to visit on a frequent basis, thus heightening our society’s cultural experience and resulting in good publicity for the respective museum. That way, the museum becomes more a part of the lives of the community resulting in more dedication (visits to and money spent at) the central homebase museum location.

I’m sure the major museums have considered this before. It’s such a simple concept. The biggest hurdles would be maintaining the high standards achieved by the musuem and maintaining proper profits. I believe both can easily be attained.

Who owns the space formerly held by the Terra? That’s 666 N. Michigan Ave.