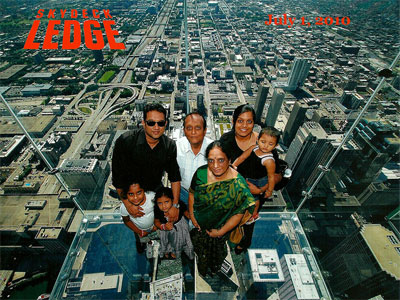 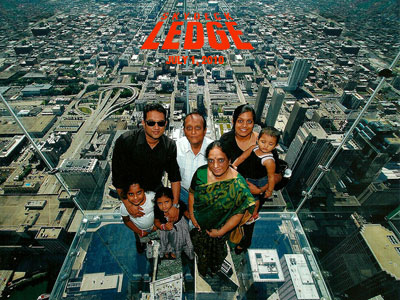 However, the logo is terribly abused in these photos. If they’re going to utilize perspective in their logo and infuse it in their commemorative photos, then the perspective on both elements should work together, not against one another.

The first photo above shows Skydeck Ledge’s original photo.
The second photo shows an altered photo with their logo altered to fit the perspective of the photo. The advantage to having the logo in the left corner is the background is less busy over there, but the logo and the photo just fight back and forth. It’s pure chaos.

Speaking of choas, it’d be cool to take an official Skydeck Ledge photo while laying down on the glass wearing a white-shirt with red splotches. Mystery!